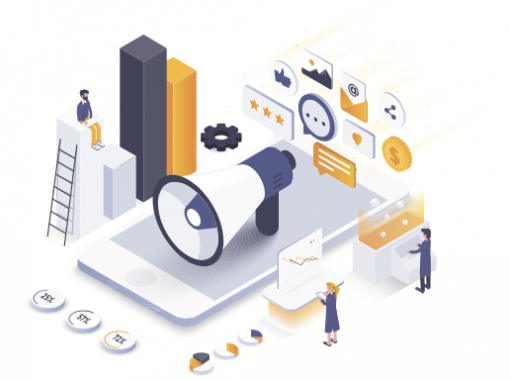 The best coaching staffs in professional and collegiate sports study the videos. First, they scrutinize every game decision made and its impact on the final score. Then they take what they learned and try to apply the good and tweak or abandon the plays that didn’t yield expected results.

The best marketing teams do the same thing to improve campaign results moving forward. They call it campaign attribution data.

Attribution data are the metrics used to review the marketing channels and messaging that were most and least successful in generating expected results. You need to scientifically analyze the campaign results to figure out which ad placement tactics worked and which didn’t. But first, you have to define “success.”

What is it that you want your customers to do as they interact with your campaign? Whatever it is, when they do it, it’s called a conversion. The number of those conversions you want, as a percentage of all of those who stumbled upon your campaign, is your conversion rate.

If you’re selling a big-ticket item like a car, a tropical vacation, or a B2B consulting services contract, simply establishing the initial contact between you and the prospect is a win. From that point on, it’s up to you or your sales team to close the deal. That initial connection might be a matter of the respondent placing a toll-free phone call, subscribing to a newsletter, giving up their contact information to an email query, or stopping by your brick and mortar location, if you have one.

If you’re working under a low-price, high-volume model, a conversion might simply be a sale. Credit card extended. The point is, your attribution data will tell you how far you’re getting with the ultimate goal of your marketing campaign and what you might do to improve results with the messaging and media mix as you go forward.

The Point is to Understand Your Customers’ Journeys

Today, customers interact with companies through numerous channels. They might meet you by landing on your website as the result of a Google search and calling your toll-free number. They could come upon your presence on Facebook, Instagram, LinkedIn, Twitter, or any number of social media platforms where you’re running an ad or attracting followers. Or maybe it’s as old school as seeing your sign as they’re driving by your store.

The point is, you might use all of those channels and more to attract your prospects. Or some of them. Or none. Whatever works. Which gets us to the next point: Your challenge is to track your customers’ journeys through all of these “touchpoints.” Find out which of those channels actually worked, and which ones did not.

Once you know this, you can improve your marketing spend, tweak your message, and boost your return on investment (ROI) as you head into the next phase of marketing.

Complicating the issue, though, many of your prospects will use multiple channels to access your campaign messaging. Even if you had a chance to ask them, they might not remember the exact digital route they took before conversion.

Tracing that journey is what you’re (hopefully) going to accomplish through what you uncover with your campaign attribution data. You’re like a soccer coach who drew up several plays and your players executed them. Some worked. Others, not so much. You have until the next game to figure out which plays should be scrapped and which ones should take center stage (to mix metaphors).

The Single- and Multi-Touch Approaches

Some of the digital tools at your disposal to reverse engineer your just-ended campaign will enable you to focus on individual respondents and the channel or channels that might have been the most important in making their decision to take action that leads to conversion. The first couple of these related strategies target what might be the most important touchpoint. This could be your campaign’s…

First touch attribution: This approach focuses on the first touchpoint that attracted the customer’s attention. The theory might be that it was this channel that encouraged the prospect to begin the customer journey. For example, if they saw an interesting Facebook ad, that might have made them pay greater attention to a banner ad noticed soon after, and that encouraged them, in turn, to subscribe to your newsletter that they found on the landing page encountered through the banner ad.

Therefore, while it ultimately took all of these media channels to spur the conversion, it all started with that intriguing Facebook ad.

But remember how ad frequency works? Each impression theoretically gets your target audience closer and closer to awareness, acceptance, and then action. Perhaps that first touch wasn’t any more important than all the others.

Last touch attribution: According to this model, it’s not the first time your prospect makes a touchpoint that matters most. The most critical channel, says last touch attribution, is the one that got your target to get off the couch and place a phone call or otherwise convert to a lead. This channel, says the strategy, is the one that worked. The others might have just glazed eyeballs.

You can probably see the advantages and disadvantages of both approaches. It doesn’t seem as if either measurement alone captures the true buyer motivation. And that’s why we have…

Multi-source attribution: This model acknowledges the fact that today’s customer journey follows a complicated map with many twists and turns and stops and starts and arrows running seemingly in all directions. This might be especially true if you’re selling a pricey or complex product or service that needs a lot of explaining, a lot of window shopping, and thoughtful review even before the prospect wants to “land.”

In multi-source attribution, you’ll capture all of the touchpoints along the customer journey. But even this has its flaws. It doesn’t tell you how valuable each stop was, or which channel or pitch sealed the deal. Were all points of contact equally important? Maybe, in some campaigns. But all the time?

That’s why algorithms can now go into even greater depth of exploration to determine the relative rank of importance of each marketing channel touchpoint in various ways.

For instance, your algorithm might give greater weight to channels visited later in the journey than to those early stops. The analysis here is those messages that brought the customer closer to the decision point had stronger pulls than the earlier touchpoints which didn’t spur action. It’s not that the earlier stops were wasted activity. They’re still going to be credited for bringing the customer to you, just not given as much scoring weight as those later stops.

The U-shape model of multi-source attribution gives the greatest weight equally to the first point and the last. This last touchpoint is the lead generation when you or your sales staff first became aware of the customer. In this model, lesser credit is given to each of the touchpoint channels in between those two weightiest endpoints.

There are several other model variations as a way of scoring the marketing success of the digital trail of touchpoints you’ve set out along the customer journey. You can even customize your own attribution data metrics.

Whichever approach — or variation of approaches— is used, remember the ultimate goal of attribution data is to figure out the media mix and messaging that will lead to the greatest ROI for your ongoing campaign. That might mean tweaking your message or your call to action or spending more on what’s working and cutting back on wasted ad spend.

Whether you have a fulfillment center that is taking orders or a sales team to move generated leads through the funnel from prospect to customer status, the ultimate connection will probably be made by phone. Your conversion goals can differ, but most of the time ultimate success will be measured by whether prospects place phone calls or meet with you face to face.

The personal touch is still critical, even today when we think everyone spends all of their time in the virtual world. They don’t. They still want to make real contact.

Many businesses today don’t have a brick-and-mortar presence, so it’s often not a matter of meeting your clients or customers in person. In fact, your sales lead might live in another country or continent.

That’s why it’s so important to make that important voice connection－because marketing is still a matter of making a human-to-human connection, even in our impersonal digital world.

We’ll show you how to add real power to your digital marketing campaigns through your most important mode of contact. Visit 800.com or call us at (800) 800-4321. 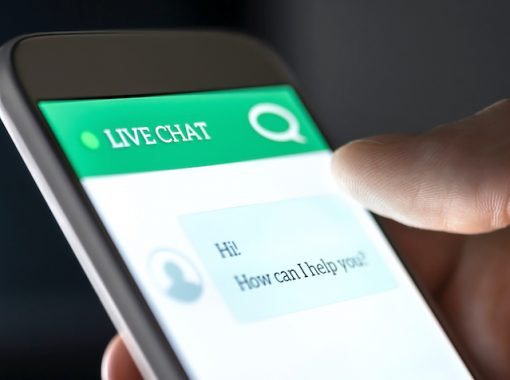 5 Benefits of Using Chatbots for Your Business

Have you ever visited a website and had a little messaging box pop up in the corner of the screen? This …

How Call Tracking Metrics Can Skyrocket Your Business

It’s a situation marketers find themselves in all too often. You’ve tried every possible tactic, added a ton of new … 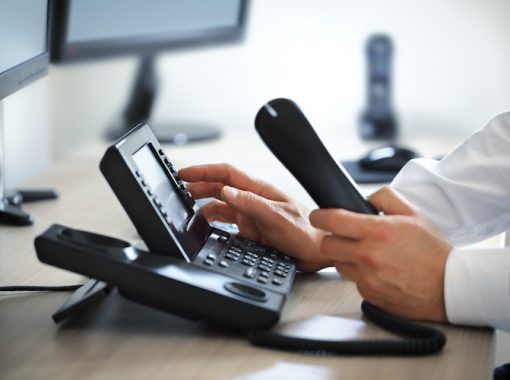 Technology is an ever-changing environment, and when you run a small- to medium-sized business, it’s easy to be swept into …